Holy Cross Priory has been used as a residential home for the elderly since the 1960s. However, the main house was built in the 19th Century as the home of Louis Huth and known as Possingworth House.

There is evidence that there was significant activity and settlement during the Prehistoric periods. A variety of Mesolithic and Neolithic flint implements have been discovered in the area.

A Bloomery site from smelting dating to the 1st and 2nd centuries AD was identified 750m to the North of the site, indicating the presence of small scale industry within the area.

The Manor of Possingworth was part of the ancient Forest of Anderida, an enclosed hunting estate, which was granted by John de Possingworth to Sir William Harengaud in 1281. The manor changed ownership several times but between 1334 and the Dissolution in 1556 it was in the hands of the Abbot and Convent of Robertsbridge.

After the Dissolution, Possingworth Manor was eventually sold to Sir Humphrey Offley in 1635 and he was the first to build a manor house within the grounds of Possingworth. His son Thomas rebuilt the house in 1657. This house still stands largely intact 1km to the Southwest of the Holy Cross Priory as a stone gabled manor of Jacobean design.

Two centuries later, Possingworth Manor was sold to Louis Huth in 1864. Louis Huth was the son and heir of Frederick Huth, who founded the Frederick Huth and Co Bank after escaping the Napoleonic invasion of Hamburg in the early 9th Century.

Louis Huth commissioned the building of a new house km north east of the Jacobean Manor House. The new house was designed by Matthew Digby Wyatt at a cost of £60,000. Digby was a famous art historian as well as a prominent architect in the mid 9th Century.

The house was built by a local construction firm Alexander Cheale from Uckfield and was completed in 1866.

The design was a highly ornate, neo-Gothic mansion built predominantly of red brick with York stone dressings and a slate roof in a U-shaped layout. The house contained 42 bedrooms, large oak panelled reception rooms and a conservatory named the Winter Garden.

During the First World War Possingworth Manor was used as a convalescence home for wounded soldiers. After being converted into a hotel during the 1920s and 1930s, the manor became a temporary home to Canadian Army Officers and soldiers camped in the grounds.

Possingworth was also the venue of a secret meeting between Major Generals Montgomery and Eisenhower in 1942. There they laid plans for the cross-channel invasion that was to take place two years later.

In the latter of stages of the war, two flying bombs landed in the grounds of Possingworth Park Hotel. One hit the west lawn and the impact destroyed the Winter Garden.

After the war, Possingworth Estate was divided up. In 1946, Possingworth Park Estate Ltd applied for planning permission for residential and leisure development. The mansion and gardens were purchased by monks of the Augustinian Order in the 1950s for use as a training school for men entering priesthood.

In 1964 the mansion and gardens were sold to House of Hospitality Ltd for the Benedictine Sisters of Grace and Compassion to establish a home for the elderly. The property was renamed Holy Cross Priory.

The video shows the priory in its heyday 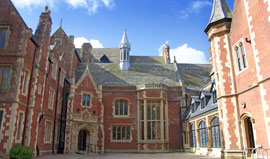 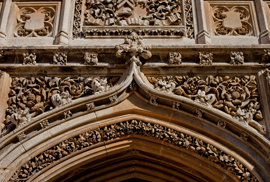 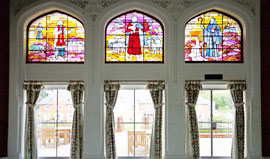 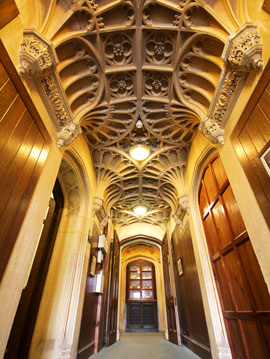